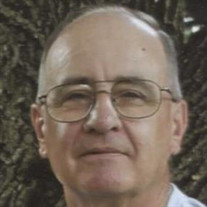 Funeral mass for Adrian Barta , age 64 of Norfolk, formerly of Howells, will be held at 10:30 AM Friday, August 26th at St. John Nepomucene Catholic Church in Howells. Visitation will be held at the church on Thursday from 3 PM to 7 PM and on Friday starting at 9:30 AM. Rosary will be recited at 7 PM on Thursday. Burial will be in the St. John’s Catholic Cemetery. Adrian was born in West Point NE on August 14, 1952 to Richard and Wilma (Karel) Barta. He attended first through eight grade at District 32 of rural Howells, and then resumed his 9—12th education at Howells High and graduated in 1970. Adrian enjoyed playing baseball and started in the first grade with the Maple Creek Redcaps and continued to play ball into his forties. He married Pamela Wisnieski on April 20, 1974 in Howells. They lived in Stanton County north of Howells from 1974—1988 where they farmed and raised livestock. In 1988 they moved to Howells and while Adrian continued farming he also became a full time employee. He enjoyed a lifetime of farming and worked various jobs in hog units, manufacturing and ended his career at Howells Fab. In April of 2015 Adrian was diagnosed with Multiple Myeloma Cancer and was forced to retire due to his compromised health and treatments. On August 21, 2016 he lost his battle with cancer with his family by his side at Nebraska Medicine / UNMC in Omaha. Adrian took pride in his yearly yield of sweet corn and gave the fruits of his labor to his many friends, neighbors and families. He enjoyed spending time with his family, primarily his grandchildren in his later years. Adrian was a hardworking, religious and humble person. Adrian is survived by his wife Pam of Norfolk; three daughters, Laura Cerny of Howells, Jodene (Tony) Cantrell of Wayne and Mindy Barta of Columbus; three grandchildren, Makayla Cerny, Hudson and Sally Cantrell; two brothers, Dick (Jean) Barta of Urbandale, IA and Greg Barta of Blair; sister, Janelle (Allen) Lang of St. Paul, NE. He is preceded in death by his parents, Richard and Wilma Barta. In lieu of flowers the family suggest donations to cancer research or family wishes.

Funeral mass for Adrian Barta , age 64 of Norfolk, formerly of Howells, will be held at 10:30 AM Friday, August 26th at St. John Nepomucene Catholic Church in Howells. Visitation will be held at the church on Thursday from 3 PM to 7 PM and... View Obituary & Service Information

The family of Adrian Barta created this Life Tributes page to make it easy to share your memories.

Funeral mass for Adrian Barta , age 64 of Norfolk, formerly of...

Send flowers to the Barta family.