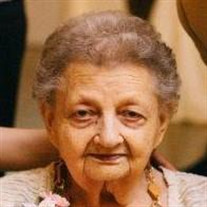 Memorial service for Arlene A. Janata, age 89 of Howells, will be held at 3 PM on Friday, December 23, 2016 at the Svoboda Funeral Home North Chapel in Schuyler. Visitation will begin at 2 PM and burial in the Clarkson Cemetery will follow. Arlene died December 19, 2016 at CHI Creighton Hospital in Omaha. Arlene was born April 2, 1927 at home in Howells to Anton and Agnes (Kolar) Janata. Arlene attended Howells Public Schools and then taught country school for several years before enrolling at Wayne State College for two years. She was a woman of varied careers that included working as a census enumerator in 1950 in the Lincoln prescient in Colfax County. She worked for Schuyler Cleaners in Schuyler, as a Craft Counselor at Camp Harriet Harding in Louisville, NE. She was a foreman for a Dekalb Company detasseling crew for three years. She worked at the Owl Café in Howells before opening her own café, The Cafe Shop in 1962 and operated it until 1975. She then worked at Quality Steaks in Snyder until 1983 and after that she did a lot of babysitting for her great nieces and nephews. Arlene was a member of the American Legion Auxiliary since 1979 and held many of the organizations offices. She also belonged to the Howells Women’s Club since 1983 and was In charge of presenting Welcome Baskets to Howells new comers and new babies. She and her mother were founding members of the Jolly 14 Extension Clubr. Arlene’s hobbies included knitting, crocheting, crafts, bowling, quilting, embroidering, entering contest and last but not least Bingo. She was a faithful New York Yankee’s, Nebraska football and Howells Bobcat’s fan. Arlene is survived by her sister-in-law, Mrs. Joe (Alyce) Janata of Fremont; and her children, Kevin (Mary) Janata & family, Keith (Kerri) Janata and family, Connie (Dave) Dostal and family all of Howells, Kathy Janata of Omaha, Carrie Pieper and family of Fremont; sister-in-law, Mrs. Tony (Betty) Janata of Colorado and her family, Dona (Glen) Reynolds and family, Patti (Bob) Elis and family, Sharon Radford all of Colorado. She is preceded in death by brothers, Tony and Joseph Janata; sister, Maxine Hammond; brother-in-law, Don Hammond; nephew, Chuck Janata; niece Kimberly Janata. Funeral lunch will be served at the Howells American Legion Club following the graveside service.

Memorial service for Arlene A. Janata, age 89 of Howells, will be held at 3 PM on Friday, December 23, 2016 at the Svoboda Funeral Home North Chapel in Schuyler. Visitation will begin at 2 PM and burial in the Clarkson Cemetery will follow.... View Obituary & Service Information

The family of Arlene Agnes Janata created this Life Tributes page to make it easy to share your memories.

Memorial service for Arlene A. Janata, age 89 of Howells, will...

Send flowers to the Janata family.