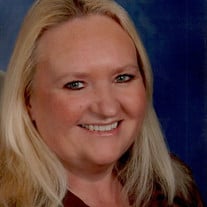 Barbara A Stark, 60, of Schuyler, died Sunday, January 2, 2022 at Columbus Community Hospital. Memorials are in Care of Family. Barbara Ann (Bohaboj) Stark born in West Point, NE on January 14th, 1961 to Bohumil and Wilma (Cech)Bohaboj. She grew up helping on the family farm in rural Dodge County. Her unending love of ALL animals raised many generations both cats and dogs alike. She could often be found tending to all of her flowers outdoors as well as keeping her yard beautiful at all times. She married the love of her life, Roger Stark, on August 24, 1979 in Columbus. They had 4 children over the course of their 42+ years of marriage. Her 2 grandchildren, Carson and Luke, were her absolute pride and joy. Her love of children also extended into her 20+ year career at Schuyler Middle School as a paraeducator. Early on her career, she worked as a CNA at Schuyler Nursing Center; where she cared for countless residents providing gracious nursing care during her 24+ years in healthcare. She was an inspiration to all; so much so that her eldest son Josh went on to become an RN, getting his early start in nursing working alongside her at SNC, as well as numerous other members of the healthcare community. Her devout Catholic Faith formed the foundation for a strong, yet compassionate woman. She enjoyed teaching CCD for numerous years at Divine Mercy Parish. She often loved listening to her Polka music as well as attending auctions around the area. Her love of cooking/baking as head of household were evident, as she always had something for her family to enjoy. She made herself available, without any questions asked, to all those in need (with both old & new friends alike). She will be deeply missed by all including her survivors; Roger, her husband, of Schuyler, Josh and Francisco of Lincoln, and Jared and Andrea of Columbus, along with their sons (grandsons) Carson and Luke. Several brothers, sisters, and many cousins, aunts and uncles, nieces and nephews. Barb was proceeded in death by her parents, along with 2 infant daughters, Shelby and Erin, and numerous aunts and cousins.

The family of Barbara A Stark created this Life Tributes page to make it easy to share your memories.

Send flowers to the Stark family.