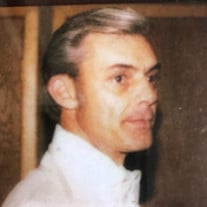 Not sure what to send?

Darryl Lee Mentzer passed away of natural causes on April 13th, 2022 at his home in Bull Shoals Arkansas, just seven days short of his 88th birthday. Darryl has been cremated and a graveside committal service with Military Honors will be held at the Schuyler Cemetery on Friday, May 20, 2022 at 10:30 a.m. with Rev. Sarah Gengler officiating. Friends and family are invited to attend the service at the cemetery where Darryl will be laid to rest at the foot of his father. Darryl's Service will be Live Streamed to the funeral home Facebook page beginning within 10 minutes of service time. www.facebook.com/svobodafh He was born in Schuyler, Nebraska on April 20th, 1934 to T.R. (Bill) and Helen Mentzer. He and his younger sister Diane were raised in Schuyler among a large extended family. After high school he joined the US Navy and served as a radar man aboard the Aircraft Carrier USS Ticonderoga during the Korean War. With two years service aboard ship he was honorably discharged and returned to Schuyler where he married Norma Jean Honcik of neighboring Howells. New working opportunities took him and Norma outside the area but after two short years they returned with two small children to make their long term home in Fremont where they raised their two sons William (Bill) and Kevin. Darryl worked at Hormel Meat Packing Plant for a few years then as a Fremont Fire Fighter. He received numerous awards and profiles in the local media for his firefighting and lifesaving service. On “off-days” firefighting he was a home painter and cabinet finisher. He was an independent contractor and worked for many years with Elmer Gitt Painting. He retired from public service as a firefighter in Fremont, Nebraska shortly after he and Norma became empty nesters, whereby they moved to Fremont, California, where he spent a second career of 19 years as an industrial painter and coatings specialist at the Lawrence Livermore Nuclear Lab. Retirement gave him and Norma another chance to move so they returned to Fremont, NE. After a few years in Fremont they divorced and he went full-time to his favorite fishing spot, Bull Shoals, Arkansas - the world famous trout fishing capital. He was not all work and no play. During his time in Fremont, he spent much of his time outside work with his family. Bill and Kevin were active boys and he participated with them in many activities including scouting, hunting and Indian artifacts archeology adventures. He was probably best known of his endless list of ever changing hobbies and past-times. His hobbies ranged from Water Dowsing, Local Native American Archeology History including local adventures scouting settlements and burial grounds. He loved Wild West Cowboy/Gunslinger history. He also enjoyed hunting. And of course is primary lifelong pastime of FISHING. He is survived by his two sons Bill (Twyla) of Fremont, Nebraska and Kevin of Pasadena, California: Grandsons Nicholas and Nathan of Granby, Colorado; Sister Diane (Harris) Harvey of Brunswick, Georgia and many nieces and nephews. Graveside services will be at Schuyler Cemetery on May 20th at 10:30 with family and friends welcome. His ashes will rest at the foot of his father.

Darryl Lee Mentzer passed away of natural causes on April 13th, 2022 at his home in Bull Shoals Arkansas, just seven days short of his 88th birthday. Darryl has been cremated and a graveside committal service with Military Honors will be... View Obituary & Service Information

The family of Darryl L. Mentzer created this Life Tributes page to make it easy to share your memories.