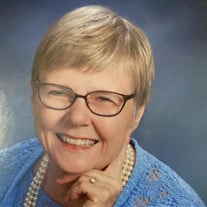 Diane Louise Bell, 73, passed away on Sunday, December 20, 2020 at the Williamson Medical Center in Franklin, TN. Memorials may be given In Care of the Family. Services for Diane Bell are being held through Chermok Funeral Home, those wishing to leave condolences may do so by clicking here: https://www.chermokfuneralhome.com/obituaries/Diane-Bell-2/#!/TributeWall To meet Diane was to like her, to know Diane was to love her, for God’s love radiated through her. She brought joy wherever she went, her instant smile and laugh were infectious. Diane was born to Wilda Mae (Peters) and Royal Z. Vondracek September 15, 1947, in Columbus, NE. Diane grew up in Schuyler, NE, where her father was a Phillips 66 petroleum distributor. She attended Schuyler Public Schools, graduating in 1965. In school she participated in Girl Scouts, Pep Club, Choir, performing in the “Sound of Music,” a member of the Sweetheart Ball Court, served as class officer, and was a Candy Striper. Diane attended Wayne State University in 1965/66 then moved to Lincoln, NE. On September 10,1966, she married David M. Bell of Bellwood, NE. The couple moved to Maryville, MO. where her husband taught at Northwest Missouri State College. In the summer of 1967 they moved to East Lansing, MI. where her husband resumed graduate studies at Michigan State University. While there Diane worked for the University first in the Veterinary Clinic and then for the Department of Economics as the clerk in charge of the 1970 edition of the Michigan Statistical Abstract. In 1972 the couple moved to Springfield, VA, near Washington, DC, and then in 1975 to Westfield, NJ. just outside NYC, and in 1982 to Germantown, TN, pursuing career opportunities. In 1970 Diane began her full time career as a mother, being fully engaged in the development of their children, Zane Christopher-1970, Audree Elizabeth-1973, Sydney Michael-1975, and Brant Ashley-1977. Diane was not just a participant in activities, and usually ended up in a leadership position. She was a Sunday School teacher, Youth Leader, coordinated the Youth Mission Auction, served as an Elder and a Stephen Minister. She was the PTA president at Dogwood Elementary School, and on the PTA Board for Germantown High School. She had various leadership roles in the children’s sports clubs, including coaching soccer. Diane was on the successful election committee for Germantown Mayor Sharon Goldsworthy. In 2006 Diane was diagnosed with a progressive brain disease that affected her voluntary muscles. Fortunately, it did not affect her excellent memory and cognitive ability. But year by year her ability to use her arms and legs declined eventually also reducing her ability to eat and speak. Initially most people were not aware of her reduced abilities. Frustrating as this disease was, she never complained and maintained her love and enthusiasm for life, family, friends, and faith. She continued to engage in activities until it became impossible. She never lost her sense of humor and continued to be a joy and blessing for those near her. Diane was preceded in death by her parents, an infant son Brant, and her sister-in-law Sandy (Roy) Vondracek. She is survived by her brother Roy, her husband David, her other children Zane (Lauren) Bell, Audree (Evan) Saltmarsh, and Sydney Bell, and four grandchildren Sophie and Wyatt Bell and Madison and Owen Saltmarsh.

Diane Louise Bell, 73, passed away on Sunday, December 20, 2020 at the Williamson Medical Center in Franklin, TN. Memorials may be given In Care of the Family. Services for Diane Bell are being held through Chermok Funeral Home, those wishing... View Obituary & Service Information

The family of Diane Bell created this Life Tributes page to make it easy to share your memories.

Send flowers to the Bell family.