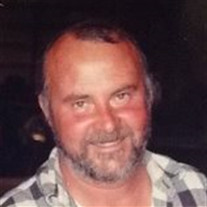 Mass of Christian Burial for 51 year old Donald D. Cech, of Howells, will be held at 10;30 AM on Tuesday, June 23rd at St. Mary's Catholic Church in Schuyler. Visitation will be held at the Svoboda Funeral Home North Chapel on Monday from noon to 7 PM and on Tuesday from 9 AM to 10:15 AM. Rosary will be recited on Monday at 7 PM at the North Chapel. Don died June 19th at Methodist Hospital in Omaha. Dons life story Don D. Cech was born to Otto and Irene (Jedlicka) Cech in Schuyler Nebraska on September 11, 1962. Don attended school at Schuyler elementary and Schuyler high school. After his first daughter, Miranda, was born in 1981, he started work at Wiggington Chevrolet in Schuyler and trained as a Chevy technician. His love of working on cars led him to do side jobs for himself and others restoring vehicles. He fathered 3 more boys, with his then, wife and later started work at L&L Lumber in North Bend Nebraska as the maintenance technician. In 1993, he divorced and met his current wife, Barbara Cech. They had a daughter, Cera In 1994, and got married 2 years later. Barb brought 3 children into the family from her previous marriage. Don then started work for R.W. Investments as an apartment and grounds maintenance person for Lost Creek Apartments. Don found a new love in fixing up homes. He and Barb purchased a few rental properties, he fixed them up and rented them. The family needed more room and they finally found a farm house with a shop. In 2001, they purchased their home in Howells and the family made the big move. Don and Barb kept their same employment in Schuyler and fixed up the home they were living in. In their spare time, they enjoy fixing old cars, and finding and restoring old treasures. They had a dream of one day opening their own store. In late 2012, Don found a business in Norfolk NE. They sold their original rental properties in order to make a down payment on the business and in May of 2013, they took the gamble in taking out a loan to purchase the building. On June 15th 2013, Don was diagnosed with stage 3 pancreatic cancer. This disease kept him to do the things he loved and enjoyed. During the early rounds of chemotherapy, Don tried continuing to work to keep financial stability, he was sent to the hospital because he had come down with pneumonia and a blood clot in his leg. After the radiation treatments, CT scans showed that the tumor in his pancreas was necrotic tissue. It was great news until the next scan showed that there were new tumors on his liver. The doctor elevated Dons status to stage 4. The doctor offered a treatment called Y-90 which is a procedure involving radioactive beads being injected into the areas of the liver affected by the tumors. He had the procedure done on May 25 2014. After The procedure, on June 10th 2014, a CT scan showed that the y-90 was working on the tumors, but the original tumor on the pancreas grew and constricted dons small intestine, keeping him from digesting food. There were also several more tumors that developed in his abdomen. A little over a week later, Don passed. Don was preceded in death by his father, Otto A Cech, his mother Irene (Jedlicka) Cech, 3 infant brothers (John, Douglas A., & Danny), & nephew Douglas J. Cech. He is survived by his wife, children Miranda Cech (Joe Svasek) of Columbus NE, Dan (Jessica) Cech Howells NE, Jeffrey Cech (Carmen Marino) of Rogers NE, & Joe Cech of Schuyler NE, and step children Kari (Shane) Christensen of Belgrade NE, Christie Zrust (Tyler Lopour) of Clarkson NE, & Keithen Zrust (Jessica Scheef) of Howells NE., 6 grandchildren Kaydence (9), Nethaniel (8), Mercedies (7), Logan (5) , Camille (2), & Peytyn (1), & a brother Duane (Linda) Cech, & a sister, Marilyn (Rick) Eller. His life centered around his family and every thing he did was for his family. He was the rock that sheltered them. The family was his heaven on earth. His grandchildren lightened his heart and gave him happiness. Barbie Cech © 2014

Mass of Christian Burial for 51 year old Donald D. Cech, of Howells, will be held at 10;30 AM on Tuesday, June 23rd at St. Mary's Catholic Church in Schuyler. Visitation will be held at the Svoboda Funeral Home North Chapel on Monday from noon... View Obituary & Service Information

The family of Donald D Cech created this Life Tributes page to make it easy to share your memories.