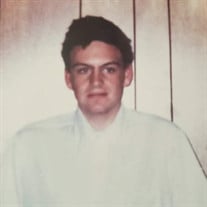 Douglas Specht, 48, of Columbus passed away Monday, October 25, 2021 at his residence in Columbus. In lieu of plants and flowers memorials can be made to Family Wishes for later designation. Funeral services will be held at 10:30 on Friday, October 29, 2021 at Svoboda Funeral Home- 905 A St. in Schuyler, with Rev. Sarah Gengler officiating. Visitation will take place from 9:30 until 10:30 a.m. Friday at the funeral home. Interment will be in the Schuyler Cemetery with lunch following at the Cobblestone Inn in Schuyler. Svoboda Funeral Home is assisting the family with arrangements. Douglas Dean Specht along with his twin brother David Jr. were born on June 6, 1973 in Schuyler, Nebraska to David Dean Sr. and Lennis (Bonger) Specht. He attended school in Howells and graduated from Howells High School. Doug loved the outdoors and enjoyed reminiscing with his siblings about their adventures growing up and building forts down by the pond. After high school, Doug eventually found work at the Columbus Livestock Sales Pavilion where he worked for 21 years. Doug enjoyed talking to people and especially enjoyed his daily check-ins with his aunt and long-time guardian Susan Specht. He enjoyed the thrill of finding a good bargain whether it was at the local Goodwill, or a yard sale he happened to walk by on his daily walks with his beloved dog Red. Doug also enjoyed talking with people and many of his close friends would agree that at times Doug’s vocabulary was colorful enough to make a sailor blush. On a spontaneous first and his only fishing trip with family, Doug managed to catch a 6 ½ pound Walleye which he later consumed by himself for supper. He cherished his family and always enjoyed surprise visits getting to see his nieces and nephews because they meant the world to Doug. Doug is survived by his parents David and Lennis of Howells, siblings: Terri Stuelpnagel of Halsey, NE; Roxannie (Edwin) Payne of Dunning, NE; and David Specht Jr. of Broken Bow, NE; nieces and nephews: Mikael Jr. (Michelle) Stuelpnagel; Gary (Renee) Payne; Kasondra (Josh) Harris; and Amanda Payne; great nephews: Jakob, LeRoy, and Gareth Payne; aunts and uncles: Arden (Susan) Specht; Arlys (Jerry) Pacas; Gaylen (Shari) Specht; Carol (Michael) Harris; Judy Melliger; Katherine Bongers; and Dennis (Sylvia) Bongers; as well as many cousins. He is preceded in death by his grandparents Ralph and Blanche Specht and Anton and Edna Bongers; an infant nephew; uncle Craig Melliger and aunt Carol Bongers.

Douglas Specht, 48, of Columbus passed away Monday, October 25, 2021 at his residence in Columbus. In lieu of plants and flowers memorials can be made to Family Wishes for later designation. Funeral services will be held at 10:30 on Friday,... View Obituary & Service Information

The family of Douglas D. Specht created this Life Tributes page to make it easy to share your memories.

Send flowers to the Specht family.