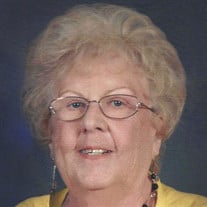 Frances Clare Kassmeier November 27, 1929 – December 17, 2016 Fran Kassmeier, age 87 of Dodge, departed this life the morning of December 17, 2016. The oldest child of Frank and Ida (Schmueker) Wisnieski, she was preceded in death by her parents; a younger brother, Francis Marlin Wisnieski, an infant who died in 1937 at the age of four months; and her husband of almost sixty-four years, Robert (Bob) F. Kassmeier. Survivors include her children Randy, Rodney (Mary), Vicki (Stuart) Denker, and Kathy (Dan) Lanphier; grandchildren Bob (Ellen) Kassmeier and their children, Evelyn and June; Jaclyn Kassmeier (partner Adam Orand); Jake, Joey, and Jenna Denker; her sister, Jeanette Wieberg; brother-in-law, Doc Wieberg; and cousins, nephews, and nieces. Fran attended Sacred Heart Olean School and graduated from Dodge High School. Following high school Fran enrolled at the University of Nebraska, transferred to Duchesne College in Omaha, and then after her marriage on April 11, 1951 at St. Joseph’s Catholic Church in Dodge, received her bachelor's degree from the University of Nebraska in Lincoln in 1965. Mrs. Kassmeier, as she was known for many years, taught at Dist. 45 in Dodge Co., at Brunswick, at Snyder, and at St Wenceslaus in Dodge. She retired from teaching in 1983. Following her teaching career Fran earned her license to sell insurance and represented German Mutual Insurance Company through the Scribner Insurance Agency. She also became a news correspondent for the Schuyler Sun, reporting the Howells news. Fran joined many political, civic, and social organizations. She served as Democratic Central Committeewoman of Legislative Dist. 18. Fran and Bob hosted fund-raisers for various candidates running for state and federal legislative offices and the Nebraska governorship. Fran was elected to serve as a member of the Dodge School Board beginning in the 1980’s through 2011. During various terms she served as Secretary and as President. In 1999 Fran assisted in writing and editing Sacred Heart Olean’s 125th Anniversary history book. Fran joined GFWC Howells Woman’s Club in September, 1957 and remained a member until June, 1977. She renewed her membership in September, 1984 and remained a member until her death. During the second membership, in 1987, Fran joined a committee of Club members in organizing, gathering, and compiling recipes and proofreading the Howells Centennial Cookbook, which is still sold and remains one of the Club’s most profitable projects. The Club chose Fran as President 1985-1987, 1989-1992, and 2004-2006. The Woman’s Club evolved into one of her passions and Fran held many offices in the Nebraska Federation of Women’s Club, including Ways and Means Chairman, Education Chair, Treasurer, Second Vice President, and, from 1998 to 2000, President. She became a member of the GFWC Past State Presidents Club. She loved attending the monthly meetings, Mother’s Day banquets, and Christmas parties. Fran specifically requested that her obituary include mention of her membership in the Nebraska Admirals Association, an association formed by those who have been honored by the Governor of Nebraska with an Admirals certificate to promote and enjoy tourism in the State of Nebraska. Proud of this appointment by the Governor to the title of “Admiral” in a state without a navy, Fran loved Nebraska and made certain her family and friends enjoyed Nebraska’s many treasures. With this love of her home state, Fran cheered the Huskers. She also enjoyed many state football championship games and NFL games. She loved her home which she often opened to the public for fund-raisers. Really proficient on the computer, Fran renewed many friendships through her FaceBook page and emails. She became quite the EBayer. And yet, with all these accomplishments, one of her greatest hobbies and loves always remained driving a car. A Memorial Service will be held Tuesday evening, January 17, 2017 at St. Wenceslaus Church in Dodge. Family will greet guests beginning at 3:30 PM. Father Phan will celebrate Mass at 5 PM and a reception will follow in the Church basement. Fran’s family and Jeanette extend an invitation to everyone to attend and to celebrate the life of one of the Dodge and Howells legends. In lieu of flowers the family requests memorials to GFWC Howells Woman’s Club, Howells Public Library, or Veterans Memorial Fund in Dodge.

The family of Frances Clare Kassmeier created this Life Tributes page to make it easy to share your memories.

Send flowers to the Kassmeier family.