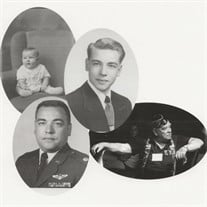 Gerald H. Paes, 87, of Prague, passed away Saturday, October 16, 2021 at Dunklau Gardens in Fremont. Memorials can be directed towards the Nebraska Special Olympics. Funeral Services for Gerald will be held at 10 a.m. on Thursday, October 21, 2021 at Edensburg Lutheran Church in Malmo, Nebraska with Rev. Quinlan Koch officiating. Visitation will take place from 9 until 10 a.m. Thursday morning at the church. A lunch will follow at the Ponderosa Saloon in Weston, Nebraska. Interment with military honors will be at 2 p.m. at Omaha National Cemetery in Omaha. Svoboda Funeral Home of Schuyler is assisting the family with arrangements. Gerald “Jerry” Hall Paes was born on May 17, 1934 in Lancaster, Pennsylvania to Charles H. and Erma (Findley) Paes. As a toddler, Jerry’s family moved from Pennsylvania to Detroit, Michigan and then later moved to Troy, Michigan. Jerry remembered throughout his childhood spending and enjoying his summer vacations on the Findley Family Farm. Jerry graduated from Rochester High School in Michigan. While attending Michigan State University he joined the ROTC. After being a part of the ROTC, Jerry decided that the military was his calling in life. He joined the United States Air Force as a Navigator then advanced to the position of an Electronic Warfare Officer, and was again promoted to Intelligence Officer all within Strategic Air Command. Jerry retired after 21 years of service as a Lieutenant Colonel. Jerry and Elizabeth purchased their home in Prague, Nebraska that belonged to Elizabeth’s Grandfather. They built the addition to the home where they have lived for 37 years. While Jerry was busy building, Elizabeth cooked for the entire crew. Jerry was very proud of the fact that he and Elizabeth sponsored a Laotian family of nine that came from the camps in Hong Kong during the “Boat People” period. That family has since grown to become business owners, registered nurses, and members holding master’s degrees and doctorates. The family now resides in Murfreesboro, Tennessee. Jerry and Elizabeth also hosted two foreign exchange students from Spain. He had a love for his Brittney Spaniels and all of the hunting adventures he shared with them over the years. Jerry enjoyed driving his Farmall tractor around and always found a way to use it for his farming projects. After retirement from the Air Force, Jerry found a new family with the American Legion Post #254 in Prague and he took great pride in participating in their events and being a member. Jerry is survived by his wife Elizabeth (Vanek) Paes, children: Richard Paes, Kathy Paes, Donna (Paes) and Steve Engberg, Valerie (Paes) Summers; grandchildren: Richard Paes Jr., Sean Paes, Zachary Engberg, Maxwell Engberg, Allison Engberg, Lily Engberg, Cecil and Katie Summers, Ashley Summers (Brian Snodgrass); 7 great-grandchildren; and sister-in-law Patricia (Beach) Paes. He is preceded in death by his parents Charles and Erma Paes and brother Dale Paes.

Gerald H. Paes, 87, of Prague, passed away Saturday, October 16, 2021 at Dunklau Gardens in Fremont. Memorials can be directed towards the Nebraska Special Olympics. Funeral Services for Gerald will be held at 10 a.m. on Thursday, October... View Obituary & Service Information

The family of Gerald H. Paes created this Life Tributes page to make it easy to share your memories.

Send flowers to the Paes family.