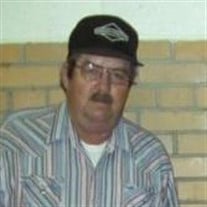 Gregory Martens, 68, of Schuyler, Nebraska passed away on Wednesday, November 17, 2021 at his home surrounded by his family. Memorials can be directed towards family wishes for later designation. Funeral services will be held on Saturday, November 20, at 10:30 a.m. at the First Presbyterian Church in Schuyler with Rev. Sarah Gengler officiating. Visitation will be Friday from 5 until 7 p.m. at Svoboda Funeral Home- 905 A St. Interment will be in the Schuyler Cemetery. Svoboda Funeral Home is handling arrangements for the family. Gregory Arlyn Martens was born November 3, 1953 to Leonard and Glendora Martens in Stromsburg, Nebraska. He was united in marriage to Louise Maxine Leeper on June 18, 1977 in Rogers, Nebraska. He worked for 36 ½ years for CAMACO in Columbus until his retirement. He enjoyed NASCAR, going to the stock car races, camping, and fishing. His 5 grandchildren were everything to him. Gregory is survived by his 3 daughters, Amanda Martens of Schuyler, Amber de Leon of Schuyler, Ashley (Juan) de Leon of Schuyler, 5 grandchildren, Morgan, Cristian, Angel, Isabela and Juan de Leon all of Schuyler; former son-in-law Miguel de Leon; 2 brothers, Gale Martens of Central City and Gaylord Martens (and special friend Sharon) of Grand Island; mother-in-law Lucille (John) Gravlin; brother and sister-in-laws Luann and Danny Bender of Columbus, Sonny Leeper of Columbus, Lee (Jamie) Leeper of Hobbs, New Mexico, Wendy Leeper of Hobbs, New Mexico, and many nieces and nephews. He was proceeded in death by his parents, wife Louise in 2017, sisters Glynnis and Glorene, brother Gary, brother-in-law Fred, and Carl (Buck) Leeper, sisters-in-law Sue Martens and Janis Leeper; father-in-law Louie Leeper, and niece Angela Martens.

Gregory Martens, 68, of Schuyler, Nebraska passed away on Wednesday, November 17, 2021 at his home surrounded by his family. Memorials can be directed towards family wishes for later designation. Funeral services will be held on Saturday,... View Obituary & Service Information

The family of Gregory A. Martens created this Life Tributes page to make it easy to share your memories.

Gregory Martens, 68, of Schuyler, Nebraska passed away on Wednesday,...

Send flowers to the Martens family.