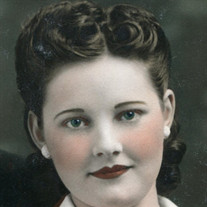 Funeral service for Iola Ava Mentzer, age 94 of Schuyler, will be held at 10:30 AM on Saturday, January 23, 2016 at the Christ United Methodist Church. Visitation will be held on Friday at the Svoboda Funeral Home North Chapel from 4 PM to 7 PM and on Saturday from 9:30 AM to 10:30 AM at the church. Iola died January 16th at her home. Iola Ava Mentzer was a class act. Kind, gracious, loving, caring, compassionate, smart and funny, She was a devoted friend to many, had impeccable fashion sense and top-shelf culinary skills. And then there was her family...... Iola was hopelessly in love with her husband of 72 years and provided support on EVERY level for him, her son, daughter, in-laws, grandchildren and extended family. Preparing well-planned and executed meals and making sure everyones needs were met while providing an environment of warmth, comfort and love. She was always willing to lend an ear and heart to those seeking a confidant. She took immense pride in her home and its care. Everything in its place: clean, polished, washed, ironed, folded and hung with care. She was always grateful when people stopped by to visit, remembered her and Mutt with calls and cards, or extended goodwill and kindness to her and members of her family. Iola and Robert (Mutt) Mentzer, her husband of 72 years, raised two children; Curt and Donna. Iola was a devoted wife and mother who provided behind the scenes support for all of her family's endeavors. Her husband spoiled her with affection and the finer things in life, and she reciprocated by spoiling her family in much the same fashion. She encouraged her children and grandchildren to try new things, be grateful for what they had, love one another and make their own decisions, never chastising them when things didn't necessarily go as planned. She enjoyed traveling, music, dancing, movies, reading, good conversation, fashion, chocolate, late night talk shows, a good joke and a well-made whiskey sour cocktail. Iola was born on November 17, 1921, in the Richland area, to Edith and Clement Foust. She married Robert (Mutt) Mentzer on May 22, 1941. To this union three children were born; Curt, Donna and Marilyn. She is survived by son Curt, his wife Teresa (Schuyler); daughter Donna Peterson, her husband Larry (Omaha); grandchildren Max Mentzer, wife Jen; Alex Mentzer, wife Lisa; Sam Mentzer (all of Chicago) Kelly Wrehe, special friend Bobby Olson (Omaha); Kari Torchia, husband John (Omaha); six great grandchildren, one great-great grandchild, sister Doris Saalfeld of Grand Island, NE (the last remaining member of the Edith and Clement Foust family) and many nieces and nephews. She is preceded in death by the love of her life, husband Robert (Mutt) Mentzer on January 7 of 2014; daughter Marilyn; four brothers; five sisters; and numerous extended family members. A woman of faith, Iola was recently recognized as a 60-year member of Christ United Methodist Church, Schuyler. Family suggest memorials to Family Choice. Funeral lunch will be served at the church immediately after the service.

Funeral service for Iola Ava Mentzer, age 94 of Schuyler, will be held at 10:30 AM on Saturday, January 23, 2016 at the Christ United Methodist Church. Visitation will be held on Friday at the Svoboda Funeral Home North Chapel from 4 PM to... View Obituary & Service Information

The family of Iola Mentzer created this Life Tributes page to make it easy to share your memories.

Funeral service for Iola Ava Mentzer, age 94 of Schuyler, will...