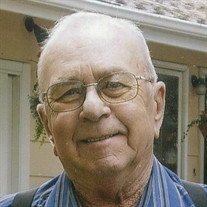 Funeral services for John Charles Kohl, 72, of Schuyler, will be held at 10:00 A.M. Monday, December 14, 2015 at the Svoboda Funeral Home North Chapel with Father Bernard Kimminau, officiating. Visitation will be on Sunday from 5:00 P.M. to 7:00 P.M. at the Svoboda Funeral Home North Chapel and on Monday from 9:00 A.M. to 10:00 A.M at the North Chapel.. Burial will be in the Clarks Cemetery in Clarks, Nebraska immediately following the service in Schuyler, with a luncheon at the Clarks VFW following the graveside services.. John passed away peacefully on December 10, 2015 in Fremont, NE. Surrounded by his family. He was born in Grand Island, NE on May 13, 1943 to Charles H. and Mary (Didier) Kohl. He was raised in rural Clarks, NE, and attended Clarks Schools. In January of 1963, he joined the United States Army. He served in Vietnam in the 73rd Aviation Company. He was honorably discharged from the Army in May of 1964. On October 14, 1967 he married Kathe Bolen in Omaha, NE. To this union, seven children were born. He started operating heavy equipment as a young teenager and continued to work as a heavy equipment operator for various companies through the 1960's, 70's, and 80's. In 1988, he established Kohl Construction with his oldest son, Mike. He retired in 2005. He enjoyed hunting, fishing, spending time with his kids, grandkids and fiance' Lavonne Rydel. John is survived by his fiancé, Lavonne Rydel of Schuyler, 7 children Mike (Buffy) Kohl of Schuyler, Bryan Kohl of Columbus, Jerry (Vickie) Kohl of North Bend, Sara Naffziger of Omaha, Chris (Carrie) Kohl of Fremont, Luke (Brenda) Kohl of North Bend, Becky (Brandon) Harter of Fullerton, 20 grandchildren, 3 great grandchildren and one sister, Margaret Furby of Fullerton. He was preceded in death by his parents, two brothers Jerry Kohl and Robert Kohl, and one brother-in-law Terry Furby. Memorials are suggested to Family's Wishes.

Funeral services for John Charles Kohl, 72, of Schuyler, will be held at 10:00 A.M. Monday, December 14, 2015 at the Svoboda Funeral Home North Chapel with Father Bernard Kimminau, officiating. Visitation will be on Sunday from 5:00 P.M. to... View Obituary & Service Information

The family of John Charles Kohl created this Life Tributes page to make it easy to share your memories.

Funeral services for John Charles Kohl, 72, of Schuyler, will...

Send flowers to the Kohl family.