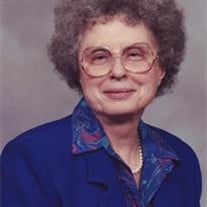 Libbie was born August 16, 1922 on the family farm south of Howells. She attended rural school District 11 in Colfax County. She was employed by J. L. Brandies in Omaha as a librarian for the storeâ€™s Lending Library for several years. On December 26, 1943 she married George C. Novotny at Bethlehem Chapel in Colfax County and they lived in Omaha for two years. They moved to Schuyler in 1945 and Libbie became an active member of the First Presbyterian Church. She served as Sunday School teacher, Bible School teacher and Superintendent of Sunday School. She served two terms as Elder, two terms as Deacon, sang in the church choir and served on the Christian Board of Education. Libbie served six years on the Evangelism Committee of Homestead Presbytery and six years on the committee for Camp Calvin Crest. In 1997 she was presented a â€œCertificate of Appreciationâ€ and named as â€œOutstanding Senior Presbyterianâ€ by the by Homestead Presbytery. Libbie was a past president of the Schuyler Historical Society served two terms on the Board of Directors. She was a past president of the P.E.O., past president of the Happy Hour Extension Club and was active in several other local organizations and clubs. Libbie died August 23, 2012, at the age of 90, at the Golden Living Center in Schuyler where she had been a resident for only five days. Libbie is survived by her son, George C. Novotny, Jr. and his wife, Mary, of Albuquerque, NM; one granddaughter, Dr. Jenny Novotny-Devenport and her husband, Thomas, of Belmont, CA; brother, Emil (Nadine) Beran of Howells; nieces and nephews. She is preceded in death by her husband, George (May 22, 1981); brother William Beran; sister-in-law, Eunice Beran. Family suggest memorials to First Presbyterian Church or Schuyler Historical Society. Burial will be in the Schuyler Cemetery folllowing the funeral lunch in the church fellowship hall immediately after the service.

Libbie was born August 16, 1922 on the family farm south of Howells. She attended rural school District 11 in Colfax County. She was employed by J. L. Brandies in Omaha as a librarian for the storeâ€™s Lending Library for several years. On... View Obituary & Service Information

The family of Libbie Novotny created this Life Tributes page to make it easy to share your memories.

Send flowers to the Novotny family.