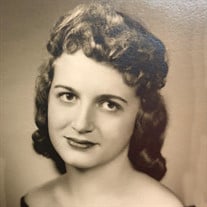 Lorene Marie Dlouhy, age 80, of Omaha, died Wednesday, October 21, 2020 at home. Memorials can be directed to the family for later designation. Mass of Christian Burial will be held Monday, Oct. 26 at 11 a.m. at St. John Nepomucene Catholic Church in Howells with Fr. Stanley Schmit officiating. Visitation will be held Monday from 9 until 10:30 a.m. with a rosary recited at 10:30 a.m. all at the church. Masks are strongly encouraged for visitation and mass. Interment will be in St. John’s Cemetery. Svoboda Funeral Home is handling arrangements for the family. Survived by husband, Glen Dlouhy, Omaha; daughter, Kim (Rowan) Lang, Omaha; sons Todd (Elaine) Dlouhy and Chad (Chris) Dlouhy, all of Lincoln, daughter Kelly (Brian) Kunst, Waconia, MN; sisters Norma Hledik, Howells and Gladys Tichota, Greenwood, MO; 11 grandchildren. Her brother, Leonard Semerad, and her parents preceded her in death. Lorene was born May 1, 1940 in rural Dodge, Nebraska, to James and Adeline (Vogeltanz) Semerad. She married Glen Dlouhy on September 30, 1961. After getting married the couple farmed south of Howells. During those years, Lorene was active in the community, serving as President of the Howells Women’s Club and Treasurer of the District Women’s Club. She was also active with the St. John’s Altar Society. She worked as the bookkeeper for the farm businesses. Once the kids were raised, she also went to work in the bakery at Bill’s Food Mart. In 1992 the couple moved to Omaha, where Lorene worked first in the telemarketing industry and then at Dillard’s until her retirement in 2008. In Omaha she served on the Douglas County Election Commission for several years and was a frequent volunteer at the polls. Lorene had a number of passions besides Glen. She was an avid reader. While on the farm, she belonged to the book of the month club and was always in the middle of a good novel. Once in Omaha, she frequented the Book Warehouse. She loved Christmas and all that went with entertaining. She made beautiful decorations and centerpieces and the best dumplings around. While on the farm, she got really good at sewing. She started by making clothes for the kids and graduated to making bridesmaids dresses for many weddings, and even a few wedding dresses. She loved shopping, especially for shoes. Finding bargains was a thrill. Even when she was wheelchair bound and rolling through a store, she’d spot something and stick out her arm for a quick stop. When the couple traveled, Las Vegas was a frequent destination. In later years, they made it as far as Council Bluffs and Onawa and Lorene spent many happy times with the Big Ben slot machine. She loved playing cards with a wide circle of friends and with their grandkids. In their younger days, there were large gatherings with multiple tables of card players. Those were the “Henpeckers’ Club” days. Later in life, that evolved into once a year multiple day gatherings of the “Old Farts Club.” One of the last times she was able to play, Glen and Lorene were playing with their grandchildren Danika and Ryan Lang – hand and foot Canasta, men vs. women, like always. This time the women smoked the men (although the men were very competitive). Lorene loved the grandchildren. She has eleven: (Kim’s kids) Danika and Ryan Lang; (Todd’s kids) Curtis, Rachel and Sarah Dlouhy; (Chad’s kids) Megan and Jillian Dlouhy and (Kelly’s kids) Calvin, Connor, Madelyn and Gabriel Kunst. She had been pushing for at least one of them to move into marriage territory and get her into the great grandkid game, but the Dlouhy grandkids are mostly in no big hurry to settle down. Finally, Lorene loved Husker football. When she had young kids at home, during the glory days of Bob Devaney in the early 70s, she would bribe the kids to be quiet while she listened intently to the radio. These last months, while in home hospice care, she talked about being able to watch one more Husker game. Perhaps God let her watch the Saturday game from the 50 yard line.

The family of Lorene Dlouhy created this Life Tributes page to make it easy to share your memories.

Send flowers to the Dlouhy family.