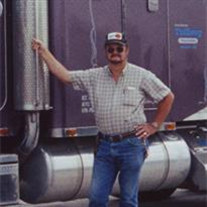 Paul H. Tullberg, 75, of Schuyler, passed away Thursday, October 4, 2012 in David City. A Memorial Service to celebrate Paulâ€™s life will be held at 10:30 a.m. Tuesday, October 9 at Svoboda Funeral Home North Chapel. Visitation will be Tuesday from 9:30 to 10:30 at the funeral home. Burial with Military Honors will be in Schuyler Cemetery. Paul was born November 6, 1936 in Wakefield, NE to Axel and Sigrid (Moline) Tullberg. He was baptized and confirmed at Salem Lutheran Church in Wakefield, NE. Following school, Paul served in the U.S. Army from 1955 to 1957. He farmed and was a truck driver. Paul loved the outdoors, gardening, fishing, going to auctions, repairing things, visiting with people and John Wayne movies. Paul is survived by a very special friend, Lilas Harris of Schuyler, 2 sons, 3 daughters, sister-in-law Mila Tullberg of Elk Point, SD, grandkids, great grandkids, nieces and nephews and many friends. He was preceded in death by his parents, sister Delores Lehman, brothers Don and Myron Tullberg and a granddaughter. Memorials are suggested to Familyâ€™s Choice. To leave a message for the family - at the top of this page click "Send Condolences" / fill in YOUR name and e-mail address / type in your message / click PRIVATE (type in code) or PUBLIC / click "Add Memorial entry".

The family of Paul Tullberg created this Life Tributes page to make it easy to share your memories.

Send flowers to the Tullberg family.