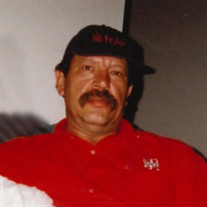 Terry Pospisil, 67, of Schuyler passed away Wednesday, March 18, at his home. Terry's family has chosen to have a private family service in light of the COVID-19 protocol set forth by the State of Nebraska.Those wishing to give their condolences to the family may leave them by clicking on the Tribute Wall tab on this page. Memorials can be designated to Family Wishes and may be mailed to Svoboda Funeral Home P.O. Box 267 Schuyler, NE 68661. Terry Lee Pospisil was born on June 28, 1952 near Fremont to Vladmir (Pete) and Rose (Navrkal) Pospisil. Terry was a strong-willed man, filled to the brim with happiness and his gift to the world would be to continue to spread and share his joys with all those around him. His grand, burly stature along with his unlimited kindness has led many of his countless friends to call him the "Gentle Giant". In May of 1975, Terry married the love of his life, Sandy Zuerlein, and the couple made their home in Schuyler, where they were able to raise their three children, who would go on to give Terry many loving grandchildren. His iconic, contagious laughter could be heard throughout the entire household making home never feel any less than perfectly content. As his health began to deteriorate the past few years, Terry claimed it was the enticing power of love from his family and friends that helped him through his worst times. Now that he has been freed of any hardship, he made sure to leave behind his hearty laughter, loving eyes, and beautifully warm personality as a multitude of memories to be shared by his family. Terry, the Gentle Giant, Teddy Bear, Bigfoot, or Pos, however you may know him, know that being able to spread his happiness allowed him to live the full and satisfying life he desired. Terry is survived by his wife of 44 years Sandra, three children Joshua Pospisil of Lincoln, Jennifer (Pancho) Hernandez, and Julia (Tapa) Galvan both of Schuyler; 10 grandchildren; and 1 great-grandchild, four siblings, and many dear friends. Terry is preceded in death by his parents, sister Patricia (Zimmerman) Pospisil.

Terry Pospisil, 67, of Schuyler passed away Wednesday, March 18, at his home. Terry's family has chosen to have a private family service in light of the COVID-19 protocol set forth by the State of Nebraska.Those wishing to give their condolences... View Obituary & Service Information

The family of Terry L. Pospisil created this Life Tributes page to make it easy to share your memories.

Send flowers to the Pospisil family.